SEVEN WINS AND FIVE CHAMPIONSHIPS FOR OTK BRANDS AT 2022

The third and final event of the 2022 ROK Cup USA Florida Winter Tour was held over the March 10-13 timeline at the Orlando Kart Center. The Orlando, Florida facility is just minutes away from the OTK USA headquarters, with many drivers and teams representing the OTK brands during a challenging weekend of weather. In the end, a total of seven victories were collected in the main events, concluding with five series championships for OTK drivers. 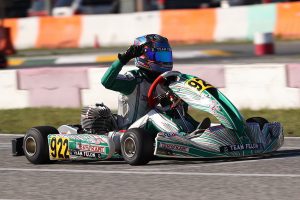 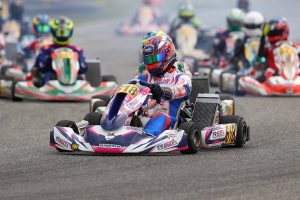 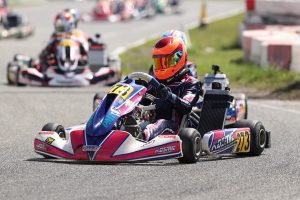 Steven Miller clinched the Junior ROK championship with a victory at the series finale in Orlando (Photo: Canadian Karting News)

A career first victory at the FWT for Canadian David Zhao (Goodwood Kartways / Exprit) in Micro ROK. Zhao started back in the ninth position, advancing forward with each lap to take over the lead with two circuits remaining. David was able to drive away with the top spot to earn the victory. Antonio Pizonnia Jr. (Orsolon Racing / EOS) finished third in his FWT debut with Matheus Ramalho (Racing Edge Motorsports / Kosmic) driving to fifth, earning the third spot in the final championship standings.

The seventh victory on the day came in the VLR Master class. Orlando Kart Center's own Charlie Fonseca (Tony Kart) won in a great Final battle that was decided by only eight hundredths of a second at the line. Rob Maier (Rolison Performance Group / Kosmic) was fifth in the main event. Galo Barros (VTM Racing Team / Tony Kart) put OTK on the championship podium, placing third in the final standings. 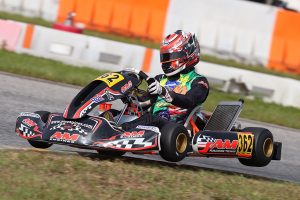